Along with research collaborators Alessandra Santos and Sarah Shamash, and colleagues Kim M. Beauchesne and Magdalena Edwards, Gabriela Aceves Sepúlveda participated in the panel Visual Cultures of Resistance in Latin American which addressed the power dynamics and culture of resistance in modern and contemporary works, within diverse genres and forms pertaining to visual culture.

Sarah Shamash Sarah Shamash discussed Brazilian genre cinema as an aesthetics of liberation that is present in two contemporary Brazilian films, Invisible Life (2019, dir. Karim  Aïnouz) and Bacurau (2019 dir. Kleber Mendonça Filho and Juliano Dornelles. She unpacks how these expressive acts of cinematic freedom, during a particularly bleak moment in the current Brazilian political climate, examine and expose the colonial legacy of foreign invasion and how it persists in a techno-colonial, surveillance capitalist and disaster patriarchal context. From attacks on education, culture, human rights, and the environment, she looks at how this far-right, genocidal president’s playbook is as old as Hollywood depictions of cowboys and indians. In contrast, these filmmakers’ cinematic language adopts genre as a re-worlding of resistance in the form of remixed quilombos, sisterhood, matriarchy, and queer outlaws who band together as unifying force in an aesthetics of liberation.

In Clarice Lispector in 1977: Death as Resistance on Screen, Magdalena Edwards discussed Brazilian writer Clarice Lispector’s strategies of resistance as performed in one of the last interviews before her passing.

Gabriela Aceves Sepúlveda presented the sketches of a new project that looks at networks of artistic exchange that aimed at building sorority across a wide array of feminist political projects across the Americas in the context of the emergence of 1970’s women’s movement. 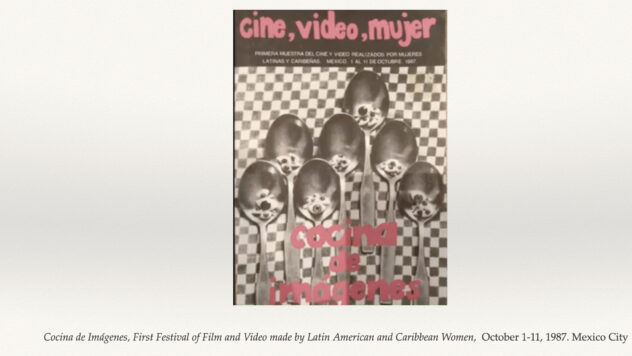 She discussed some salient aspects that led to the organization of the first festival of film and video by Latin American and Caribbean Women, otherwise known as Cocina de Imágenes,  a ten-day festival organized by the Mexican filmmaker and feminist activist Angeles Necoechea in Mexico City in October 1987. The title of the festival, which translates from Spanish as a “kitchen of images” alludes to the kitchen as an intimate, gendered, and intergenerational space of experimentation, learning, and sharing, and as such it reflects the passion and tone of the event. Cocina de Imágnes was the fruit of more than a decade of exchanges and collaborations between feminist activists and filmmakers across Latin America including members of Cine-Mujer (Colombia and Mexico), Lilith Video Collective (Brazil) and Grupo Miércoles (Venezuela). 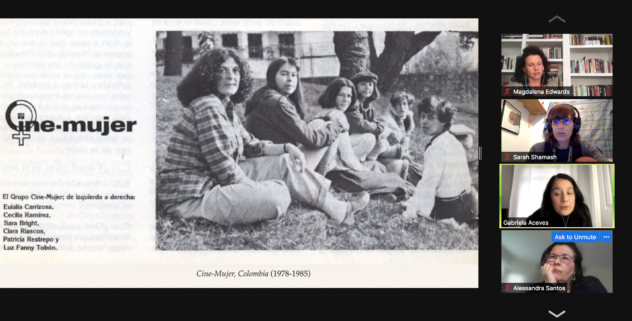 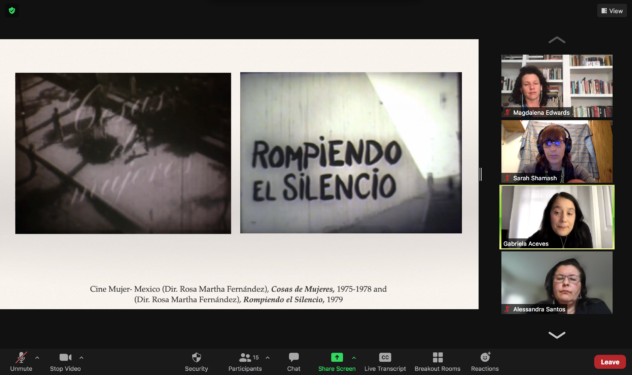